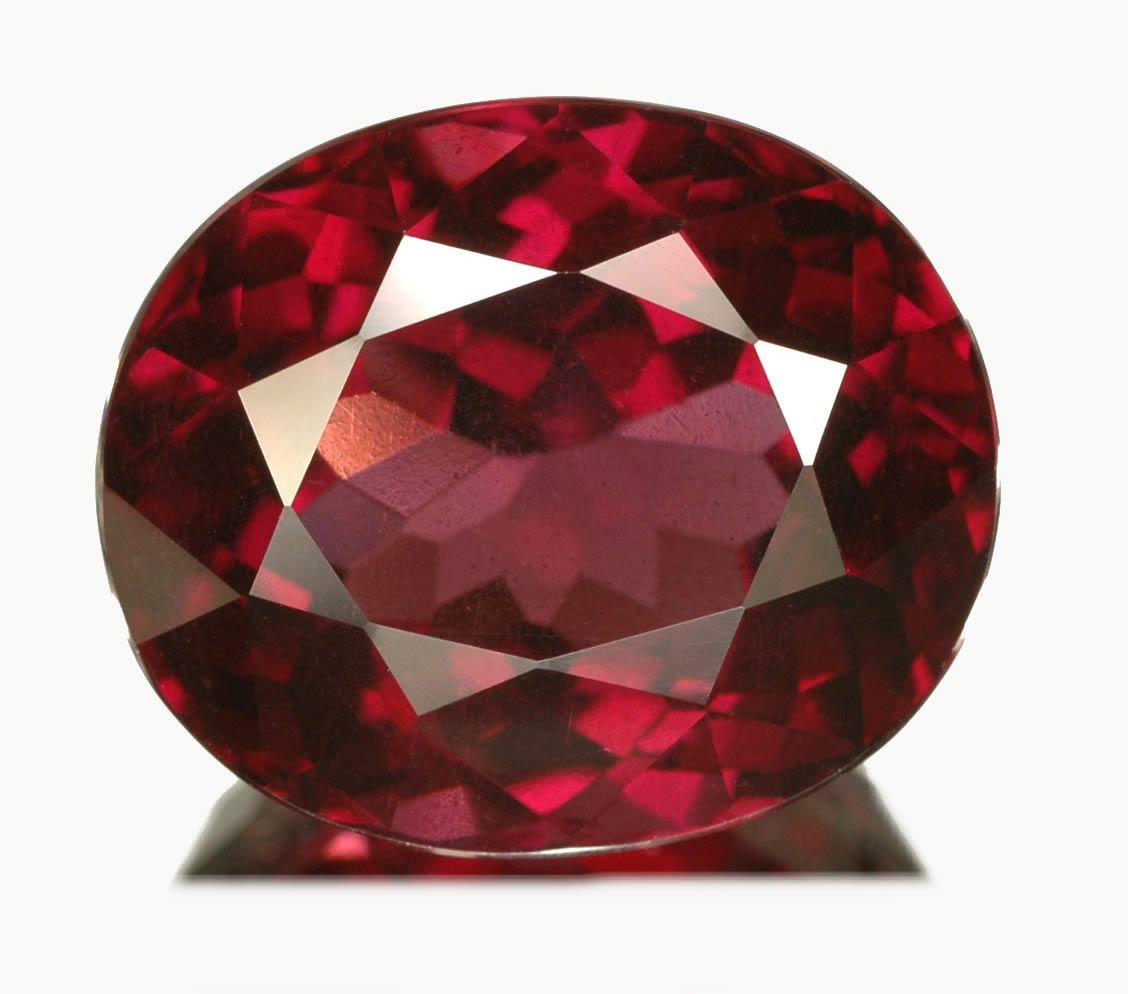 Almandine is the most common garnet, and is normally found in garnet sohists (a type of metamorphic rock that occurs in flat layers and consists primarily of mica). Garnets displaying a reflection of light in the shape of a star (asterism) are not common. The name almandine has evolved from the name of a Turkish city called Alabanda.

Properties and characteristics: Pure almandine and pure pyrope are rare. and most specimens are intermediate between the two. They can be told apart by their density (almandine has a specific gravity of about 4.3 while pyrope has a specific gravity nearer to 3.6). The depth of its color varios enormously depending upon the level of iron, magnesium can substitute for iron, making the stone more like pyrope. Although almandine has a brilliant luster, even clear stones have limited transparency because their color is so deep.

Cutting, setting, and valuing: Because almandines are so common (they are found worldwide), their value is low. Large crystals do exist, but because of their dark tone, only small to medium-sized gems are faceted. These stones are out shallowly to allow the light to pass through. Amandine games from Idaho and India with rutile inclusions sometimes produce stones with an asterium when property cut; these are highly prized by collectors Darker aimandines are often cut in cabochons, with the bottom of the stone hollowed out to encourage more light to filter through Rose cuts have also been used particularly in the past. Nowadays, when the material is quite transparent faceted cuts are used as well, and sometimes square or rectangular step dula Gems of several carats are not uncommon.